Why “Throw Deep” is a Good Strategy 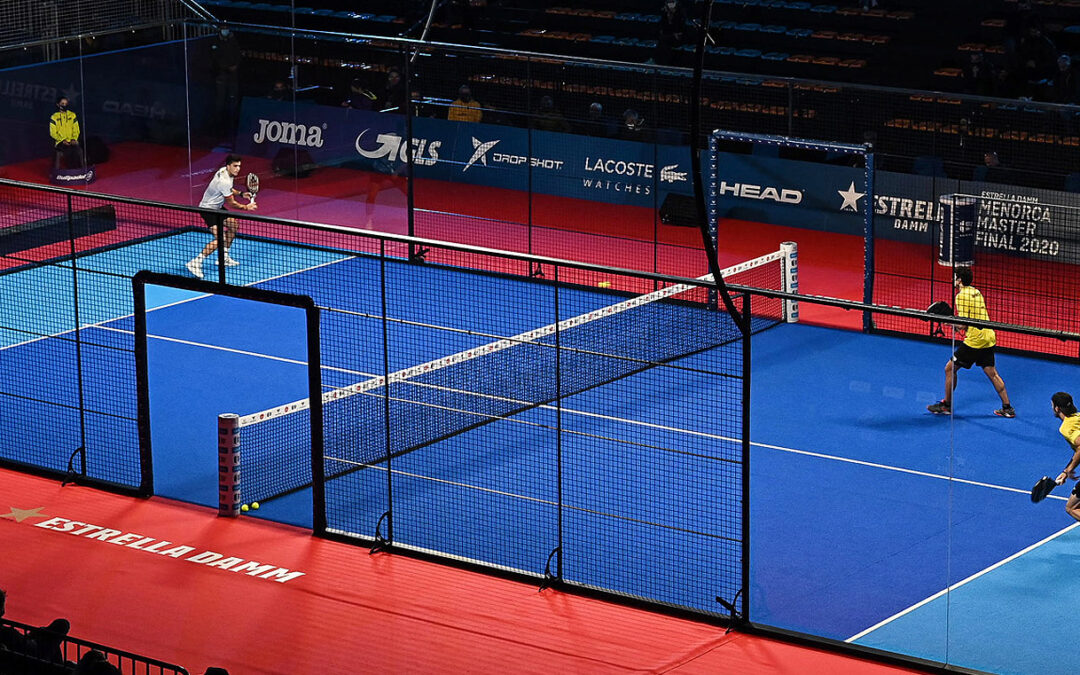 Suppose you want to get ahead of the competition and be a juicy acquisition target. In that case, one of the best strategies is to forget the commoditized benefits everyone in your magic quadrant is focused on and go for the touchdown pass by first developing the most advanced and most complex ones. The ones the competition doesn’t yet have, but you know they’ll be going there soon. Only then go back and either get the commoditized benefits off the shelf or develop them yourself, if necessary.

At the confluence of hi-tech and business, where emaciated geeks, roided investors, testosterone-deficient nerds, consultants with hair plugs, scammy tech bros, and liver-spotted has-beens scrimmage for relevance, and where the fragile masculinity is at its most vulnerable, sports metaphors are the safest — nay, the only — way to safely project residual manliness while still making some business coherence.

Alas, and to the detriment of oratory color, we can no longer express our boardroom concerns with terre-à-terre passages such as we’ll go tits up if we don’t go balls deep. So, with misty eyes, we must fall back to less eloquent metaphors and find a sportier discourse in the fluid quagmire of trigger words that is the perpetually-morphing politically-ubercorrect non-binary-pronouns world of today. Consequently, we are reduced to something like we’ll get relegated to bush-league if we don’t throw deep, which still squirts a sufficient amount of hardihood testosterone in that nano-filtered, negatively-ionized, slightly — almost unnoticeably — Christian Dior Sauvage-perfumed boardroom air to grab the attention and convey virility, albeit with less edge, fewer ohs and certainly less HR intervention.

So, a boardroom today, be it a corporate or a startup is a tableau vivant of people stilly avoiding the increasingly treacherous landmines — not unlike a sloth on a highway — of suddenly non-PC metaphors that were their birthright only yesterday but were expectedly taken away from them as a favorite car is taken away in Need for Speed, invariably resulting in great sorrow in both cases. Then — with great relief — a sports analogy is found that conveys both the robustness of one’s masculinity — hair plugs or no — and whatever germane one wanted to say business-wise. Touch base. Call an audible. Swing for the fences. Don’t drop the ball. Throw a touchdown. And our belle de jour: Throw deep.

But what does trow deep mean, and why it’s a good strategy? Here’s a real-life example of how a sports startup used the strategy to get ahead of the competition.

Incrediscope is developing PadelCourt, an app for — unsurprisingly — padel players. Padel is a (novel) sport, so sports metaphors are even more appropriate. For those unfamiliar with padel, imagine the sport as a love child between squash and tennis that anyone can pick up and play. And since it’s the fastest-growing sport in the world, there will inevitably be a red ocean of apps, especially in a market with almost 70% CAGR. And there is. 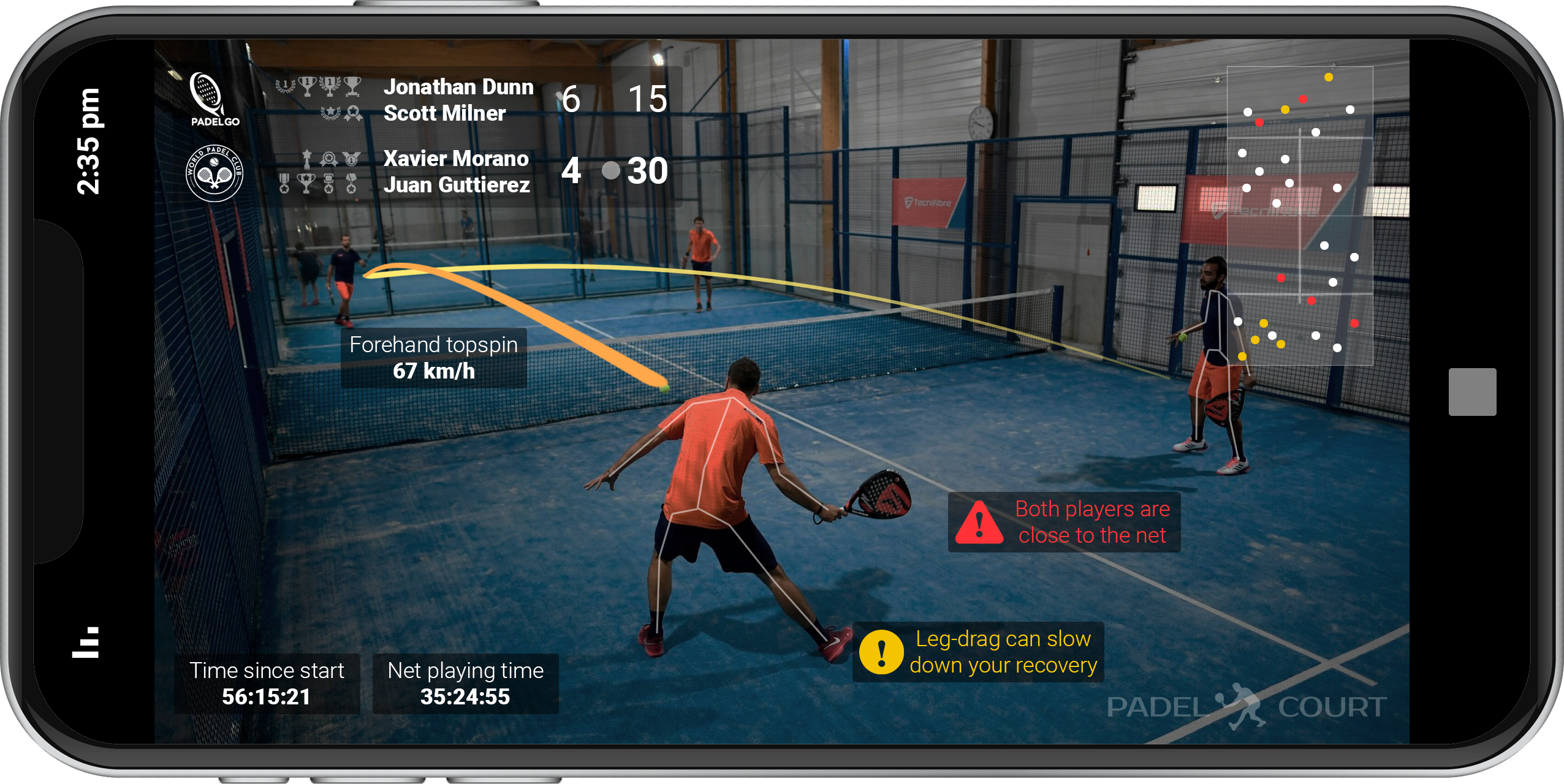 Padel apps of all kinds and varieties let players do a bunch of handy things such as book padel courts, add friends, and invite others to play. Some even have matchmaking features and rudimentary gamification.

However, that’s where the story for all padel apps abruptly ends. This is surprising, as any tennis aficionado will tell you the future — certainly of tennis — is in the AI. In tennis, it’s been like that for quite some time. Amateurs and pros alike resort to AI-based apps such as SwingVision to improve their game and help with calling lines and keeping the score. So it doesn’t take much statistical extrapolation to realize padel will be next. However, none of PadelCourt’s competitors have developed anything resembling AI, machine learning, or machine vision.

Consequently, Incrediscope has decided to throw deep and start developing a machine-vision-based AI that will call lines, keep score and suggest to players how to improve their game, strategy, and tactics via their PadelCour app. 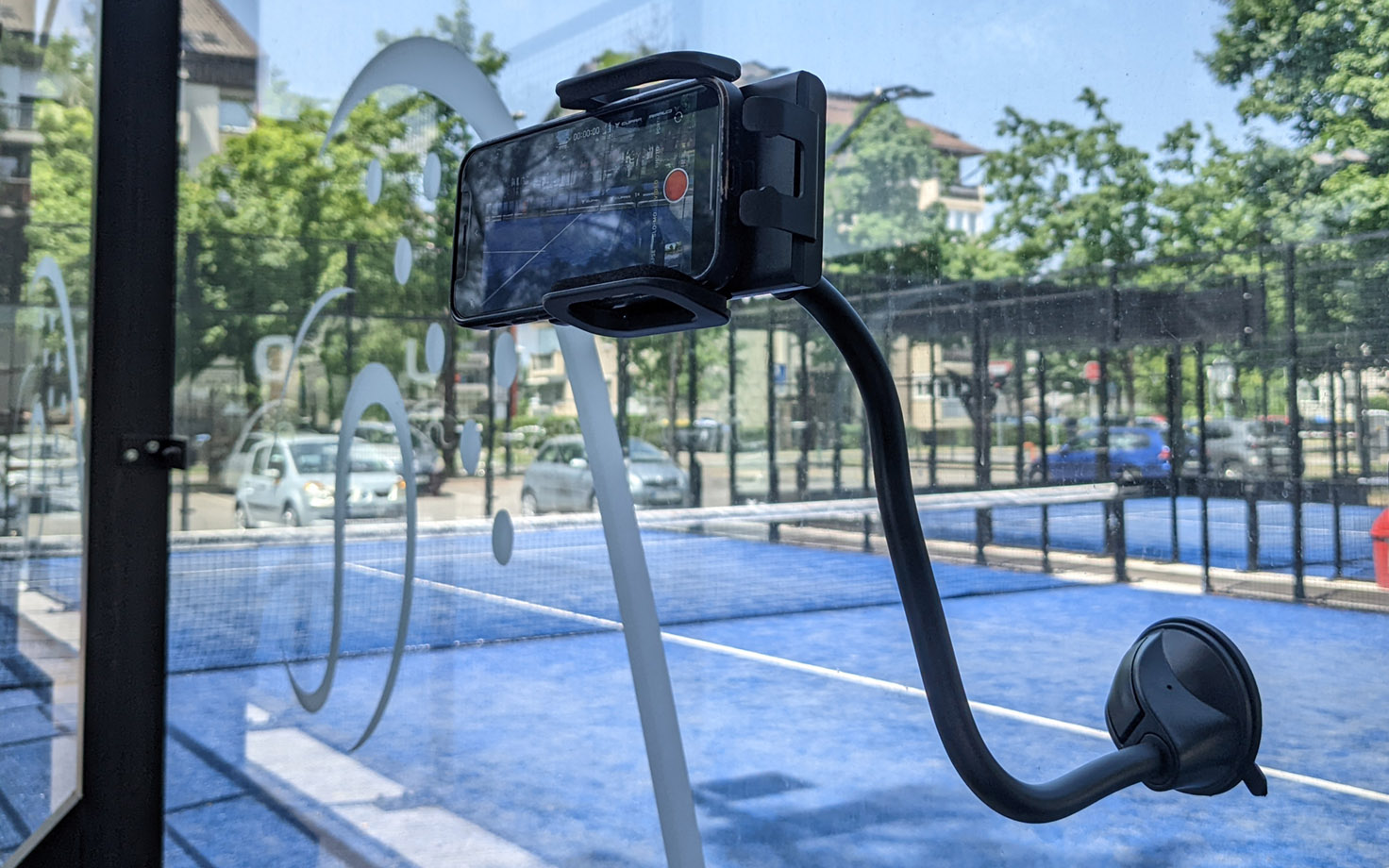 PadelCourt adheres to the BYOD philosophy where players use their phones, with no expensive hardware necessary. A simple car phone holder is enough to position the device.

Incrediscope has skipped some of the staple social features, booking, and matchmaking and went straight for the most complex feature that none of the competitors have. As everyone’s favorite national conservative (aka proto-Nazi) Peter Thiel said, “Competition is for losers.” I guess sometimes even Thiel is right. Of course, some of the sexier features have been developed, such as a smartwatch companion app to share interesting clips on the player’s preferred social platforms or override AI scorekeeping.

Obviously, throwing deep is a risky strategy, and it’s not called Hail Mary for religious reasons. There’s nothing that would guarantee that PadelCourt’s digital umpire and AI coach are what will ultimately drive subscribers and get Incrediscope towards the exit as a company — Incrediscope is a VC-backed startup, so a liquidity event is always there to consider.

But in the case of PadelCourt, the Throw Deep strategy Incrediscope chose was perhaps the only viable option. Fighting for the users with a bunch of apps with similar benefits and few USPs would probably be harder than developing the AI coach and digital umpire with machine learning and perhaps a GAN or two to spice things up.

Consequently, Incrediscope has decided to develop a motion capture technology, based on LightBuzz to track all four players as a set of joints of a rigid skeleton. 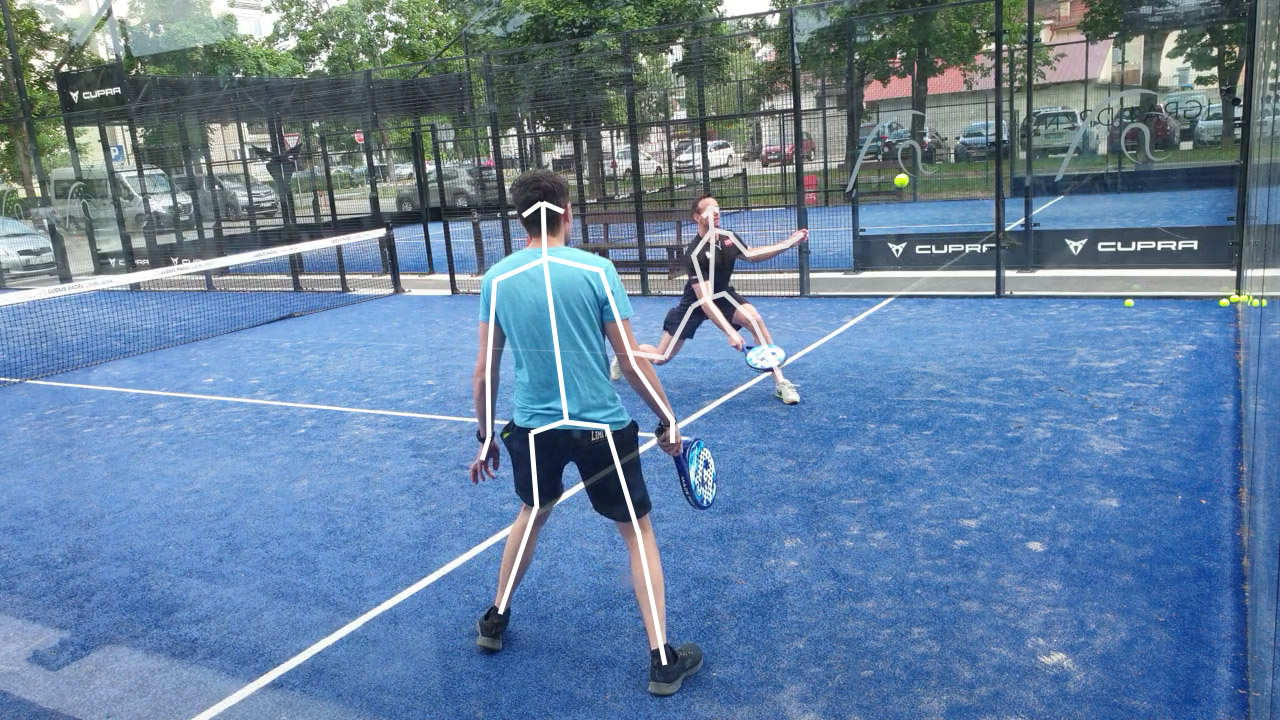 Motion capture of skeletons (joints with rotations and translations) of padel players in PadelCourt.

The four phones on each corner of the court (padel is always played in doubles, so 4 players and 4 phones), all running the PadelCourt app capture the motion of players and stream the data to a cloud where a 3D reproduction of the court, players, and the ball is recreated.

Using a robust AI that went through thousands of supervised and unsupervised learning sessions, the app suggests game improvements, strategies, and tactics, keeps track of the score and, maybe most importantly, generates a sports-event-like edit of the best action of a match, complete with motion graphics and sound effects, that looks like something straight from ESPN, ready to be shared for the Internet bragging points. 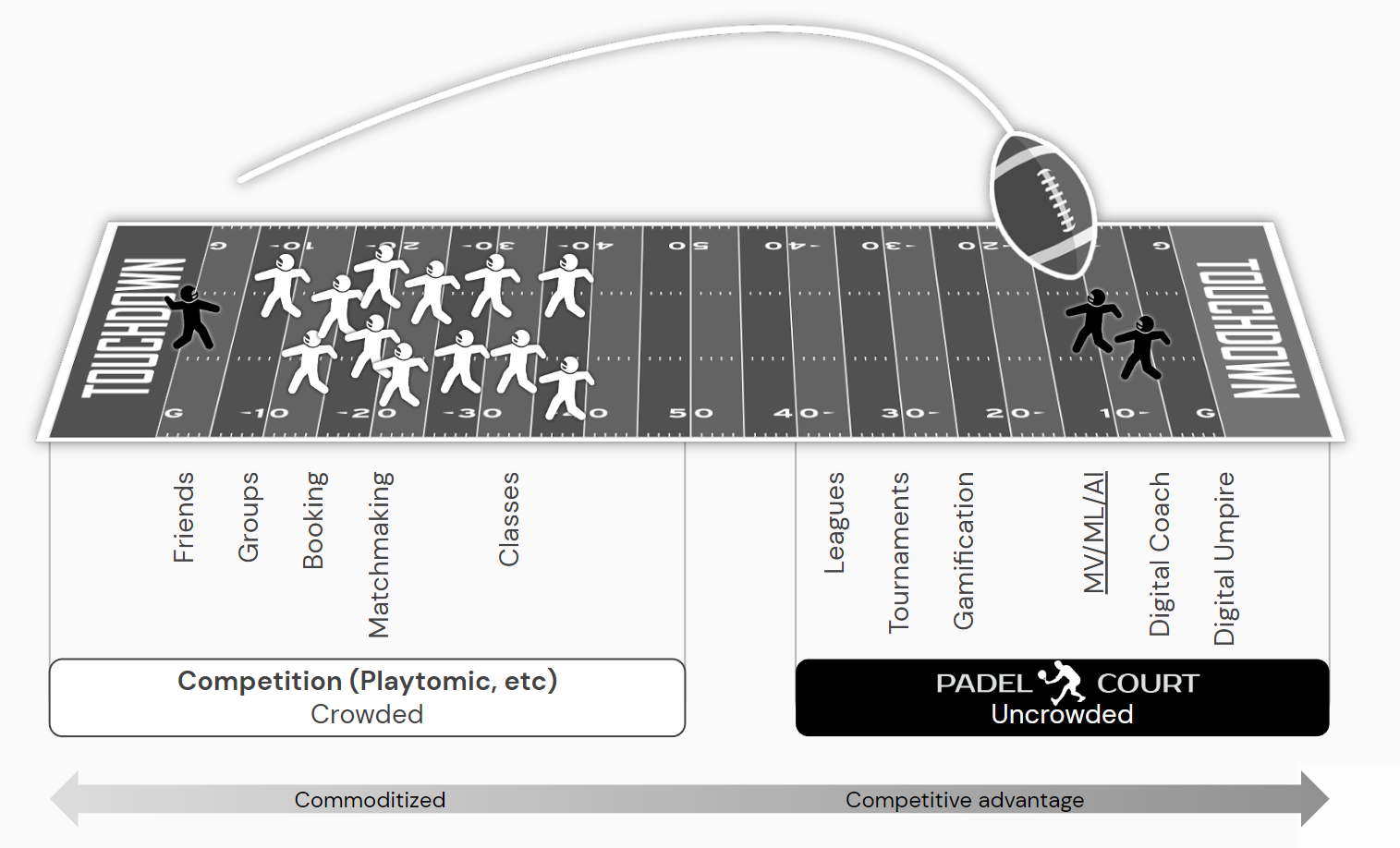 Padel-specific AI market is where the competition is non-existent and by “throwing deep” Incrediscope has avoided a costly and protracted fight for users on the commoditized features battlefield.

Incrediscope has skipped the commoditized benefits, such as friending, booking, and matchmaking, and went straight for the AI, leaving the competition in the red ocean to fight for customers.

No comments to show.