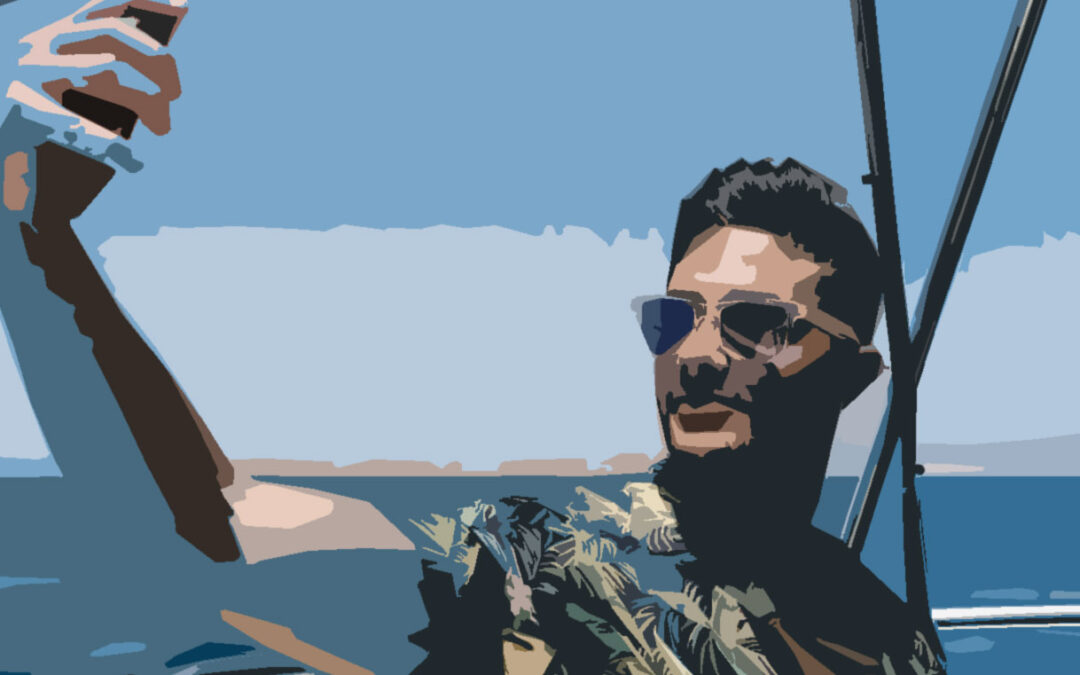 When Charli D’Amelio asked Carl Gustav Jung why he wasn’t posting anything on TikTok, C.G. quipped in his typical broad-strokes manner: “There are two types of people on social media: voyeurs and exhibitionists. Alas, I am neither.”

It’s not clear whether C.G. was fundraising at any point of his illustrious career, but if he did, not being on any of the social media probably made it much easier. Perhaps being born in 1875 also helped C.G. stay impervious to the song of the social media sirens, but regardless, this just may have been one of his most pre-eminent achievements which many lesser men after him failed to attain much to their chagrin.

Namely, posting unfortunate content on social media seems to be both a fatal flaw and the favorite pastime activity of some entrepreneurs, certainly a couple I’ve been involved with.

And it’s not the type of content you have in your obscene mind. Well, maybe, but the fundraising showstoppers I’ve witnessed were much less risqué, much more banal, and much more common.

It’s posing of pics and videos of expensive settings, bragging about visiting exotic locales, snapping selfies on sailboats (or in some more pedestrian instances on yachts), wearing expensive watches while holding the wheel of a supercar, and generally acting like a rich asshole.

All that (and more) while fundraising.

A set of actual public Facebook posts by a CEO I was consulting who was fundraising at the time. Their venture was going bust after they burned through a million euros of VC funding with nothing to show. As Bertrand Russell once said, “You can’t make this shit up, bro.”

That’s all fine and dandy if you’ve sold a venture or two and made a healthy return for the investor. You’re enjoying the fruit of your labor, sipping the Macallan with one hand while blocking the sun with the other as you’re chauffeured in your Aquarama to that Lake Como waterfront villa you have to spend the summer in just to make the Italian bureaucrats happy, and now you’re fundraising with co-investors for your next kick-ass venture. Good for you. Applause. Don’t forget to moisturize.

If you haven’t made a bundle for yourself and your investors, however, and are asking financiers for money for your business and your social media cloaca is full of expensive lifestyle bragging while you can’t afford to even co-invest, then you’ve just shot yourself in the foot. Don’t worry, the bulled didn’t go through the hull of the yacht — you don’t own one — and congratulations on the likes and upvotes. Maybe you can screenshot them and sell them to an NFT moron to finance your new venture. But you certainly won’t get VC funding.

Since time immemorial, entrepreneurs are marrily bluffing their way ahead and pretending they’re successful. Especially in the brave new post-truth world we’ve created for ourselves. Just recently I’ve been to conferences where the entrepreneurs were speaking about success while they’ve just fired a quarter of their staff or were lecturing on maintaining cash flow when they’ve just cut salaries in half. Not a big deal, exposure is always good for any founder and business people always had to fake it a little till they made it a little. Me included.

But there’s a time and a place for all of this.

The king and queen of fake it till you make it.

I’ve been very fortunate to be able to see many startup business innards and explore their intricate challenges in my consulting career — I usually deep-dive into a venture, getting a C-level or an EVP position. I’ve worked with great founders and great CEOs on many occasions.

However, sometimes the operating word fortunate morphs into unfortunate. Then, it seems, that whatever you do, just makes it even worse. You feel like you’ve taken one step forward and two steps back. And you don’t have the foggiest idea, why.

I was bending over backward to secure Series B for a startup on one such occasion. The venture had a great product-market fit, and solid traction, and was solving a considerable problem in a Covid-hit industry that needed a break badly.

I’ve been tirelessly meeting investors, sometimes on video calls, sometimes having to go through the hellish pandemic-meets-security-theatre airports to get to a VC. Nothing worked, they’ve all passed. Initially, they were interested, but then in the end it always fizzled out.

I was at a loss and didn’t understand what we were doing wrong. But obviously, there was something that made everyone pass on the opportunity.

Wanting to understand the problem and hopefully learn something from the debacle, I’ve contacted some of my VC friends in the US and Europe that I knew wouldn’t sugar coat anything and tell me the inconvenient truth. I pitched the project to them and sent them the deck. Initially, they didn’t understand what the problem may be: the venture ticked all the boxes.

However, after a while, some of the VC friends called me and they all have the same issue. Have you looked at the CEO’s social media posts, they asked. Nope, I haven’t. I may not have the same weltanschauung as professor Jung: I don’t care what people have for breakfast or what their special baby — that looks exactly like every other baby and not a tad special — puked this morning on their shoulder.

So, I’m not on any social media, apart from LinkedIn, and had no idea what the CEO was posting.

It tuned out, as the guys told me, that the CEO’s accounts were choke-full of very expensive lifestyle selfies and groupies. Supercars, models (I wanted to say escorts, but I didn’t want to appear jealous), Dubai-esque vistas, far-flung islands, yachts, skiing on glaciers, and the likes.

You will never find an investor that will fund the expensive lifestyle of this CEO, they said. Never.

And, what’s more, whatever you do, they continued, it won’t matter. You may have the CEO delete their accounts and ask Google for the mythical right-to-forget. Save your breath: any decent VC will have their junior analyst dig out the posts and they’ll pass on the investment.

For sale: Yacht with trailer. Needs some TLC. Perfect for selfies.

No comments to show.