Your Business Venture as Mythological Adventure: the Entrepreneurial Hero’s Journey 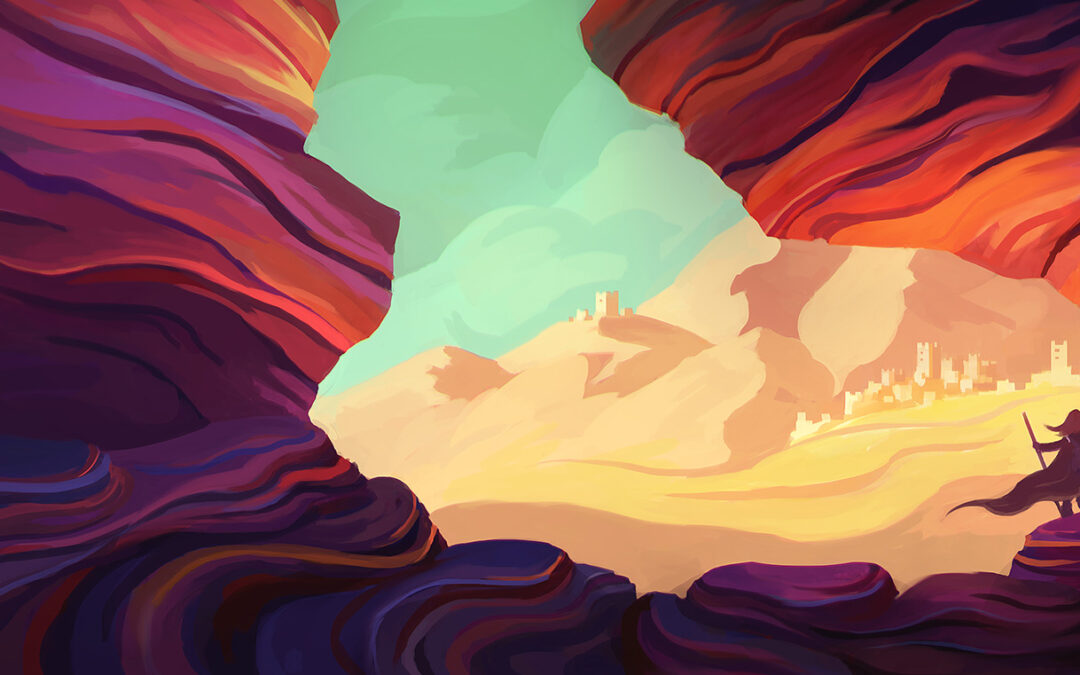 This is going to be a bit unusual, but I think it’s going to be worth the read. I am going to plot your entrepreneurial journey and show where you’re going and what lies ahead by mapping it to a concept taken from an unlikely field of comparative mythology and narratology: the monomyth.

The life of a business, and with it your life, is a journey full of adventure, allies, enemies, tests, upheavals, deaths, and rebirths. We may call them pivots, partnerships, competition, fundraising, but they are stages of a journey that is uncannily similar to the journey an archetypal Hero would take.

You live an ordinary life in an ordinary world. Neither is perfect and that bugs you. You see things around you that could be improved and problems that could be fixed: an alternative to plastic or maybe an improvement to cadmium telluride solar panels.

But, as time passes they bug you more and more. You feel you could solve them, but you resist the urge and push the challenge away — you are comfortable as you are or have other things to take care of, maybe graduating or finishing that next Great American Novel.

Then something happens, maybe you connected the dots between your lab work and the biggest microplastic pollutant, the automobile tire. You accept the challenge to solve the problem and you found a startup to develop a better tire.

It is very, very unlikely you’ll succeed, but you don’t care. Your frustration with the problem is such you are ready to delay gratification as long as it takes. You meet mentors and people who want to help. Some are genuine, some are bullshiters out for an easy buck or equity stake.

They help you get funding from your FFFs or even a VC. You commit to the venture with your blood, toil, tears, and sweat. There’s no way back, you’ve crossed the threshold. You enter the unknown world from which you must return a hero, and, importantly, return the money to the backers. 10x.

As you get deeper into the unknown, you overcome tremendous obstacles, fail and succeed, and meet better mentors and more cunning bullshiters, along with competition, enemies, and opposition.

But most importantly, you meet a business legend that will give you a superhuman boost to continue — an Elon Musk of car tires.

Then, darkness. You burn through all of the funding, there’s no recurring revenue, your allies start ignoring your emails, the staff is rebelling and Michelin is suing for 4 billion dollars. This is the end. You failed, it’s rock bottom. Just like 90% of other startups. It’s curtains.

But you persevere, you get the energy boost from the failure, and are reborn. You pivot. Never mind tires, it’s the synthetic fibers industry that needs your invention. You work even harder.

China Petroleum Chemical Co invests in your venture. You are rewarded. You counter-sue Michelin and win the case. You are on the road back to success in both tires and fibers.

You sell your venture. The exit has three commas.

You return as a hero to your ordinary, flawed world. You decide to invest in other ventures which aim to better the world and solve its problems.

This is your ultimate victory.

Campbell, and then Vogler, Cousineau, Leeming, and many others argued that many, if not all, epics follow a similar template called the monomyth. Anywhere in the world, no matter what culture and when in history, the heroes of these stories negotiate a similar journey. In his seminal work The Hero with a Thousand Faces, Campbell summarized the journey as:

A hero ventures forth from the world of common day into a region of supernatural wonder: fabulous forces are there encountered and a decisive victory is won: the hero comes back from this mysterious adventure with the power to bestow boons on his fellow man.

This certainly sounds like a journey of an entrepreneur who left their comfort zone, founded a startup, found the perfect product/market fit, and sold the company to invest in new ventures.

Here’s how the simplified Cambell’s monomyth looks, really quickly so you can use it for your venture:

This is where the Hero’s exists before the story begins. It’s his safe place. His everyday life is where we learn crucial details about our Hero, his true nature, capabilities, and outlook on life.

The Hero’s adventure begins when he receives a call to action. It may not be dramatic, but whatever they call is, and however it manifests itself, it ultimately disrupts the comfort of the Hero’s Ordinary World and presents a challenge or quest that must be undertaken.

Refusal Of The Call

The Hero may be eager to accept the quest, but he will have fears that need overcoming. Second thoughts or personal doubts as to whether or not he is up to the challenge. The Hero will refuse the call and as a result, may suffer somehow. The problem he faces may seem too much to handle and the comfort of a home far more attractive.

At this crucial turning point where the Hero needs guidance, he meets a mentor figure. He could be given an object of great importance, insight into the dilemma he faces, wise advice, practical training, or even self-confidence. It serves to dispel his doubts and fears and give the Hero the strength and courage to begin his quest.

The Hero is now ready to act upon his call to adventure. He finally crosses the threshold between the world he is familiar with and that which he is not. It may be leaving home for the first time in his life or just doing something he has always been scared to do. However the threshold presents itself, this action signifies the Hero’s commitment to his journey and whatever it may have in store for him.

Now finally out of his comfort zone, the Hero is confronted with an ever more difficult series of challenges that test him in a variety of ways. Obstacles are thrown across his path and the Hero must overcome each challenge he is presented with on the journey towards his ultimate goal.

The Hero needs to find out who can be trusted and who can’t. He may earn allies and meet enemies who will, each in their own way, help prepare him for the greater ordeals yet to come.

Approach To The Inmost Cave

The inmost cave may represent many things in the Hero’s story such as an actual location in which lies a terrible danger or an inner conflict which up until now the Hero has not had to face. This brief respite helps the audience understand the magnitude of the ordeal that awaits the Hero and escalates the tension in anticipation of his ultimate test.

The Ordeal may be a dangerous physical test or a deep inner crisis that the Hero must face in order to survive for the world in which the Hero lives to continue to exist. Whether it be facing his greatest fear or most deadly foe, the Hero must draw upon all of his skills and his experiences gathered upon the path to the inmost cave in order to overcome his most difficult challenge. Only through some form of “death” can the Hero be reborn, experiencing a metaphorical resurrection that somehow grants him greater power or insight necessary in order to fulfill his destiny or reach his journey’s end. If he fails, he will either die, or life as he knows it will never be the same again.

After defeating the enemy, surviving death, and finally overcoming his greatest personal challenge, the Hero is ultimately transformed into a new state, emerging from battle as a stronger person and often with a prize.

Now he must return home with his reward but this time the anticipation of danger is replaced with that of acclaim and perhaps vindication, absolution, or even exoneration.

But the Hero’s journey is not yet over and he may still need one last push back into the Ordinary World. The moment before the Hero finally commits to the last stage of his journey may be a moment in which he must choose between his own personal objective and that of a Higher Cause.

This is the climax in which the Hero must have his final and most dangerous encounter with death. The final battle also represents something far greater than the Hero’s own existence with its outcome having far-reaching consequences to his Ordinary World and the lives of those he left behind.

Return With The Elixir

This is the final stage of the Hero’s journey in which he returns home to his Ordinary World a changed man. He will have grown as a person, learned many things, faced many terrible dangers and even death but now looks forward to the start of a new life. Ultimately the Hero will return to where he started but things will clearly never be the same again.

Strange as it may sound, I’ve used the Hero’s Journey structure to chart the waters I needed to navigate in my ventures. Even when the chart turned out to be completely false, at least I had some kind of fallback structure to rely on and focus my time and effort on more important challenges — not worrying what lies ahead but looking forward to the challenges.

It’s funny how I can map the journey of a game development studio I ran to the Hero’s Journey. Of course, the word hero is an oxymoron in this context.